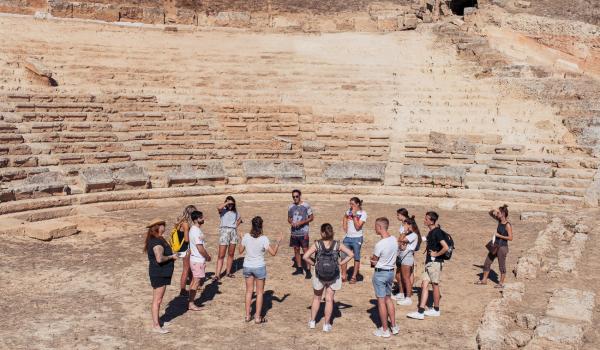 Ancient Sikyona: Nearby from Kryoneri one can find the great archeological site of Ancient Sikyona (17 km / 20 minutes by car). Ancient Sikyona is a wonderful -although little known- archeological site. It is an ancient city with significant monuments, which spreads on a small plateau at an altitude of 140 meters, near the village of Vasiliko (Ancient Sikyon). Wherever one stands on the plateau, one overlooks the fertile orchards of the Asopos plain to Kiato and the sea of ​​the Corinthian Gulf to the rock of Acrocorinth and Isthmus to the east.

In the archeological site there is an imposing ancient Theater, the excavated part of the Agora of the Hellenistic and Roman city, the Stadium and the Roman Thermes (Valanio), which today house a small but wonderful archeological museum.

The first excavations at the Theater were made by the American School of Classical Studies between 1886 and 1898. Subsequent excavations at the ancient market brought to light a temple, a palaces, a boulevard, a long gallery, and part of the theater's hollow. 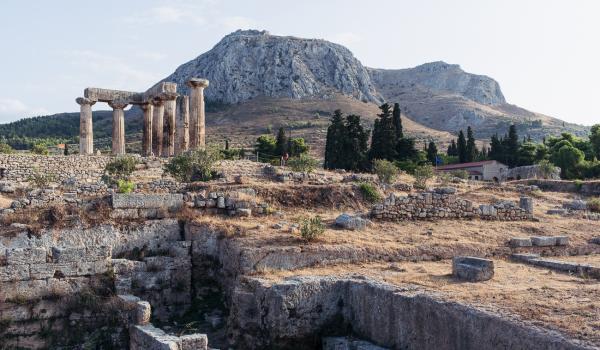 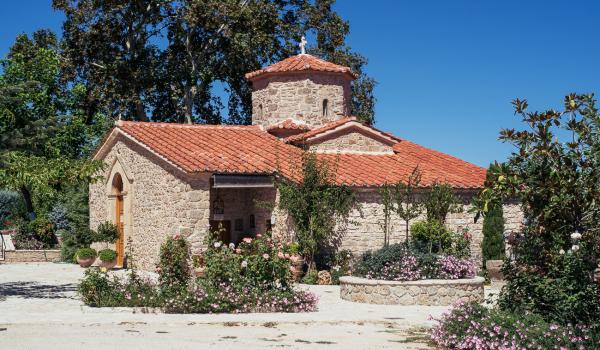 The recently restored katholikon of the church and the renovation of the surrounding area with stone, is now an important point of reference for many visitors, mainly in the context of religious tourism. The recently paved road (4 km. From Kryoneri) and the electrification of the space brings the visitor to the space easier, all seasons.

Very close to the monastery there is the precipice Cave of Lechovi, of the late Neolithic era, which has been excavated in recent years and is one of the most important caves in Greece (mentioned in the catalog of the Hellenic Speleological Society).

Vaulted Tombs of the Mycenaean era: In the place "Panagia", next to the cemetery of the village, a Mycenaean burial enclosure is preserved with 10 vaulted tombs carved on three levels on the slope of the valley of Elissona. The tombs served in the past as a shelter for the inhabitants during periods of raids as well as as a guerrilla hideout during the Occupation. Following the testimonies of the blessed priest Christos Papanikolaou, Divine Liturgies have been performed in a vaulted tomb with at least 60 believers. The famous Orlando archaeologist has researched this site in the 50's. The Hostel "Elisson" is located inside the archeological site and has panoramic visual contact with the burial complex above the valley of Elisson.